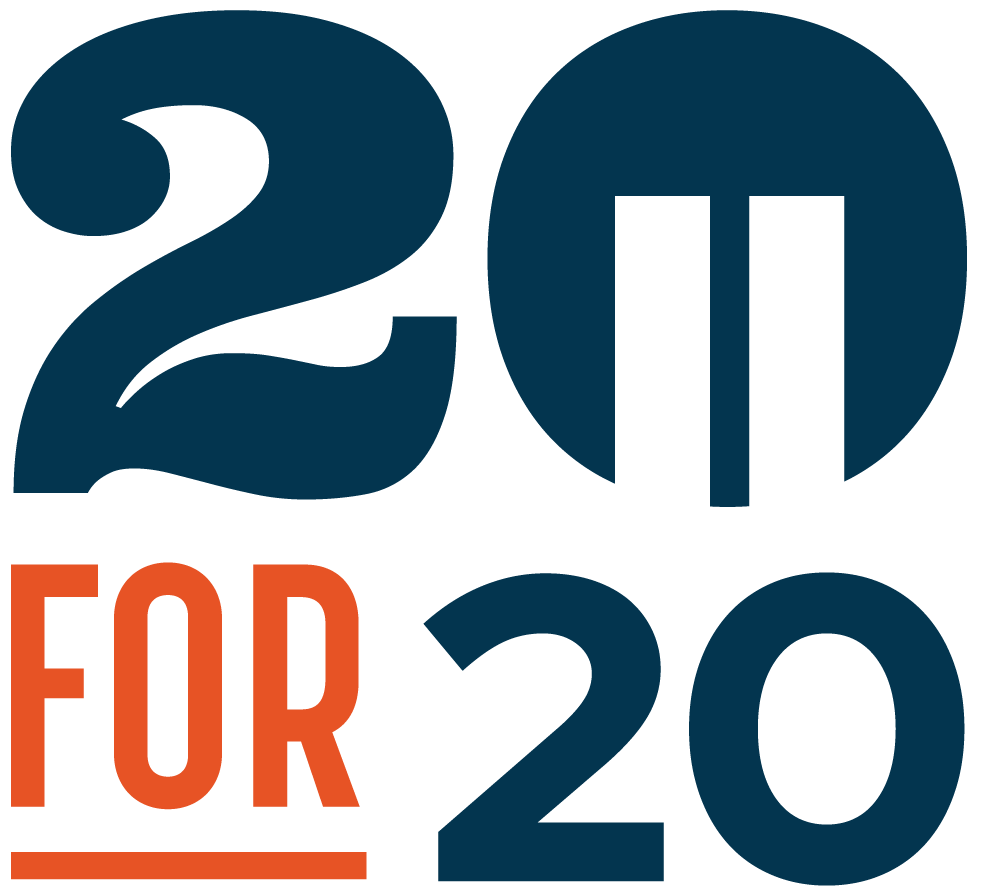 Today's college freshmen weren’t alive on 9/11, and we’re in danger of letting it fade away from our cultural memory. These 20 stories will inspire all of us to live heroically and never forget this day.

Iron Light Labs’ 20 for 20 podcast is hosted by Niels Jorgensen, who was there on 9/11 and served nearly 22 years as an FDNY firefighter before having to retire due to leukemia he contracted from cleaning up Ground Zero.

In addition to listening to the 20 for 20 podcast, please consider donating to the Tunnels to Towers Foundation, an organization dedicated to honoring the sacrifice of Stephen Siller and all who have paid the ultimate sacrifice for our nation.

Episode 1: FDNY firefighter Stephen Siller ran through a closed tunnel with 60 lbs of gear on his back and gave up his life to save others. Now, hundreds of thousands have raced in his footsteps and tens of millions have been raised for charity in his name. Frank Siller, President of Tunnel to Towers Foundation, tells the story of his brother, an American hero.

Episode 2: And only Mak is alive to honor their stories. With his best friends Frank De Martini and Pablo Ortiz, he worked for the World Trade Center’s construction division on the 88th floor.

Episode 3: Many had made fun of Al Braca for his faith, but in their final moments he brought light to the darkness that surrounded them. The story of a bond broker at Cantor Fitzgerald, the company which lost the most people on 9/11.

Episode 4: John Feal was a demolition supervisor at Ground Zero. During the cleanup 8,000 pounds of steel dropped on Feal’s foot, leading to partial amputation. After he was denied compensation for his injury by employers, insurance companies, and elected officials, Feal became the leading advocate for 9/11’s victims. He took his historic fight to Washington and with the help of comedian Jon Stewart, they passed a series of laws to ensure that those who’ve sacrificed so much would be taken care of.

Episode 5: Lieutenant Colonel Paul “Ted” Anderson was inside of the Pentagon when it was struck by a plane during the 9/11 terrorist attacks. Ted not only helped people escape, but then returned into the burning building to save even more lives, over and over again. If not for his heroic actions that day, dozens more may not have survived the already devastating attack.

Episode 6: Mariah was 16 years old on the morning of 9/11 and had a strange feeling one of her birth parents died in the attack. At 19 she could legally discover who they were, and what she learned was unbelievable. One of her parents would be recognized as one of the greatest heroes of 9/11, saving hundreds if not thousands of lives on that fateful day. Plus, a famous band’s surprising connection to this story.

Episode 7: Shirley Brooks-Jones was on one of the 38 planes in the sky during the terrorist attacks and forced to land in Gander, Newfoundland. This small Canadian community of around 14,000 residents welcomed the surprise guests of almost 7,000 passengers and showed them radical love that made Shirley not want to leave. You won’t believe how she returned the favor and how this unintended detour has turned into a never-ending story.

Episode 8: FDNY firefighter Ray Pfeifer was off duty on 9/11 and felt tremendous survivor’s guilt about the entirety of his on-duty crew dying. Ultimately, he wouldn’t be spared from the wreckage either, getting cancer from the toxins at Ground Zero. But cancer couldn’t stop this wheelchair-bound warrior from racing down the halls of Congress to gracefully urge politicians to take care of 9/11 victims like himself. Ray died at 59 years old in 2017 and Caryn, the love of his life, honors her husband with us.

Episode 9: The terrorists crashed United Airlines Flight 175 into floors 77 to 85, right where Brian Clark worked. Miraculously, he’s alive to tell his story and also that of a stranger named Stanley Praimnath whose life he saved. The one-time strangers are now great friends and “blood brothers.”

Episode 10: Niels Jorgensen, host of “20 for 20”, was reticent to share his own story as part of this series on heroes. However, the team thought it’s important context for why he’s doing this – it’s also one heck of a story. Oscar winner Bill Courtney (“Undefeated”) turns the table on Niels and leads this conversation.

Episode 11: Robert John Burke, who goes by Bobby, has been in programs like Tombstone, RoboCop 3, Law and Order: SVU, Gossip Girl, and Rescue Me. Even more important to him are his friendships with FDNY heroes who laid down their lives on 9/11, especially his best friend Captain Paddy Brown. Bobby decided to “pickup his flag”, help cleanup Ground Zero, and become a volunteer firefighter.

Episode 12: Tim Brown is an elite first responder who served in the FDNY for 20 years and was a founding member of the Department of Homeland Security. He said a final goodbye to several of his friends right before they went up the World Trade Center and knew they wouldn’t be coming down. Through a series of miracles, Tim survived 9/11 and believes he was kept alive to honor the stories of these fallen heroes.

Episode 13: Sonia is a former EMS technician and Joe is a police officer who responded on 9/11 (his birthday). She didn’t see him until 9/12 and thought he had died. They both helped with the cleanup of Ground Zero for months and have both contracted illnesses & cancers from the toxic environment. Despite all of this heartache, they share their story as volunteer tour guides at the 9/11 Memorial & Museum and refuse to have their voices stolen from them by the terrorists.

Episode 14: After the World Trade Center’s North Tower was hit, Michael and his colleague John Cerqueira physically carried wheelchair-bound Tina Hansen down 68 floors to safety. They escaped just minutes before the building collapsed. Reluctant to be recognized as a hero, there’s so much more to his story that the media doesn’t cover, but we do here.

Today we give thanks for your loyal listenership, for the opportunity to preserve these tragic and beautiful stories, and for every American whose served this great country.

Episode 15: Michael Daly is the author of “The Book of Mychal”, the biography of the most loved FDNY Chaplain, Father Mychal Judge. Father bravely entered the World Trade Center with those he served and died with them. One of the most fascinating characters in our history, he was close friends with firefighters, AIDS patients, Mayor Rudy Giuliani, alcoholics, and the homeless.

Episode 16: Nancy Carbone felt compelled to do something after 9/11 and started by collecting items that firefighters needed. They later told her what was most needed is a counseling center that their work wouldn’t know about. “Friends of Firefighters” was born inside of a former firehouse. The group has helped countless firefighters heal from the trauma of 9/11 and other tragedies.

Episode 17: FDNY firefighter Joe LaPointe was off-duty on 9/11 and raced down to Ground Zero. After the attacks, so many funerals needed more leaders to coordinate them, and Joe was suddenly thrust into a new calling. Since 2007, he’s been the Commanding Officer of the Ceremonial Unit, organizing every wake and funeral of all FDNY firefighters & EMS personnel and all those who’ve died from 9/11 related illnesses.

Episode 19: Alison’s son Welles was 24 years old on 9/11 and saved at least 12 people in the South Tower before it collapsed on him. She didn’t know about his heroic actions that day until several survivors said that a stranger wearing a red bandana saved their lives, and she knew that it had to be her son who always carried one. He’s famously been called “The Man in the Red Bandana” ever since.

Episode 20: FDNY Ladder Company 114, nicknamed Tally Ho, heroically served on 9/11. We hear from four of the six on-duty members who responded to the attacks in a unique group conversation, which they had not yet done before. Out of this crew, three have gotten cancers from Ground Zero’s toxic environment and two have gotten multiple cancers. Our host Niels Jorgensen was a proud member of Tally Ho.